NOTICE: Due to increased demand please expect short shipping delays of up to 2 days

Categories
Deal of the Week 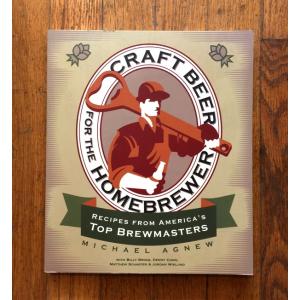 Craft Beer for the Hombrewer Book

Craft Beer for the Homebrewer contains recipes from America's Top Brewmasters. As the craft beer craze continues to sweep the nation, more and more people are deciding to try their hand at creating their own perfect brew. In Craft Beer for the Homebrewer, beer writer and certified cicerone, or 'beer sommelier', Michael Agnew merges the passions of consumption and creation into one definitive guidebook, designed for the craft beer lover who also happens to be a homebrew enthusiast. Agnew presents dozens of recipes adapted by craft brewmasters for home brewing. Based on the actual production beers of featured microbreweries, these recipes cover the entire range of beer styles and represent craft breweries from across the United States. Each recipe is accompanied by full-color photography, an ingredient list, instructions for both the mash and extract brewer, and historical and anecdotal notes about the brewery that provided it. Agnew prefaces the book with an introduction to the craft beer industry, briefly discussing the major ingredients and required equipment that homebrewers will encounter inside. With its meticulous selection of delicious beer varieties, Craft Beer for the Homebrewer offers a beautifully designed collection of microbrews for the homebrewer on the cutting edge of the craft beer scene. 160 pages.

About the author: Michael Agnew is Minnesota’s first cicerone certified by the Cicerone Certification Program, a standard for identifying those with significant knowledge and professional skills in beer sales and service, and a national beer judge with the Beer Judge Certification Program. In addition, Michael is an award-winning brewer and writes a monthly column on beer for the Minneapolis Star Tribune. 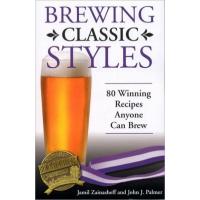 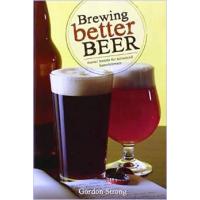